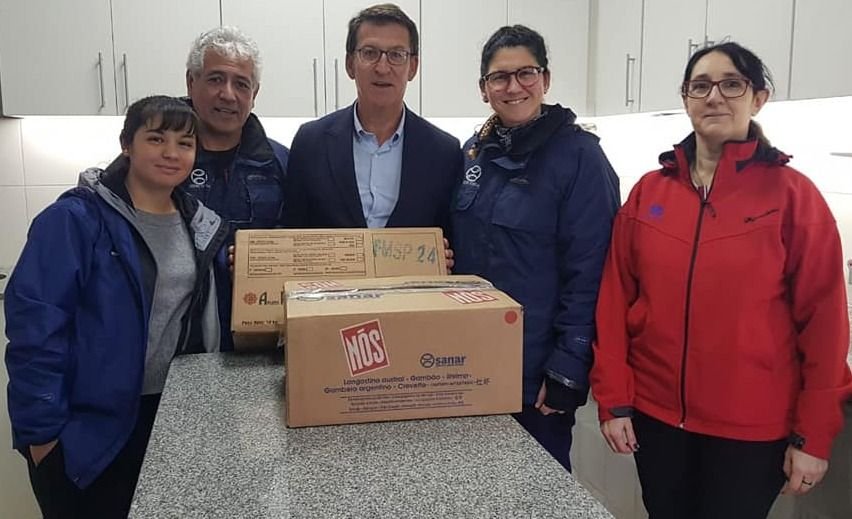 The president of the Xunta de Galicia, accompanied by the counselor Rosa Quintana and several members of the government, visited the factory that Iberconsa owns, on the morning of Monday, September 16. During his visit, guided by company management, he was together with the Secretary of Fisheries of the Argentine Province of Chubut, Adrián Awstín.

Nuñes Feijoo stated these days his objective of evaluating with the local authorities and the Argentine government the status and activity of the different Galician fishing companies that operate in the southern country. His objective is also to strengh topics as research, control and training of crews and port logistics.

On the other hand, he showed his interest in intensifying a mutual collaboration between Galicia and Argentina in order to improve fisheries management and control. To do this his proposal is to create a regional fishing organization together with neighboring countries.

In summary, Feijoo afirm that “we are in the Patagonia, confirming in the first place that we are fishing people, that creates jobs in Argentina and that we are interested in sustainable fishing, the management of fishing resources and also the improvement of ports where our Galician fleets work.

The visit of the Galician delegation brings up again the proposal to stablish a twinning between the ports of Vigo and Madryn, which is expected to take place in the short term.