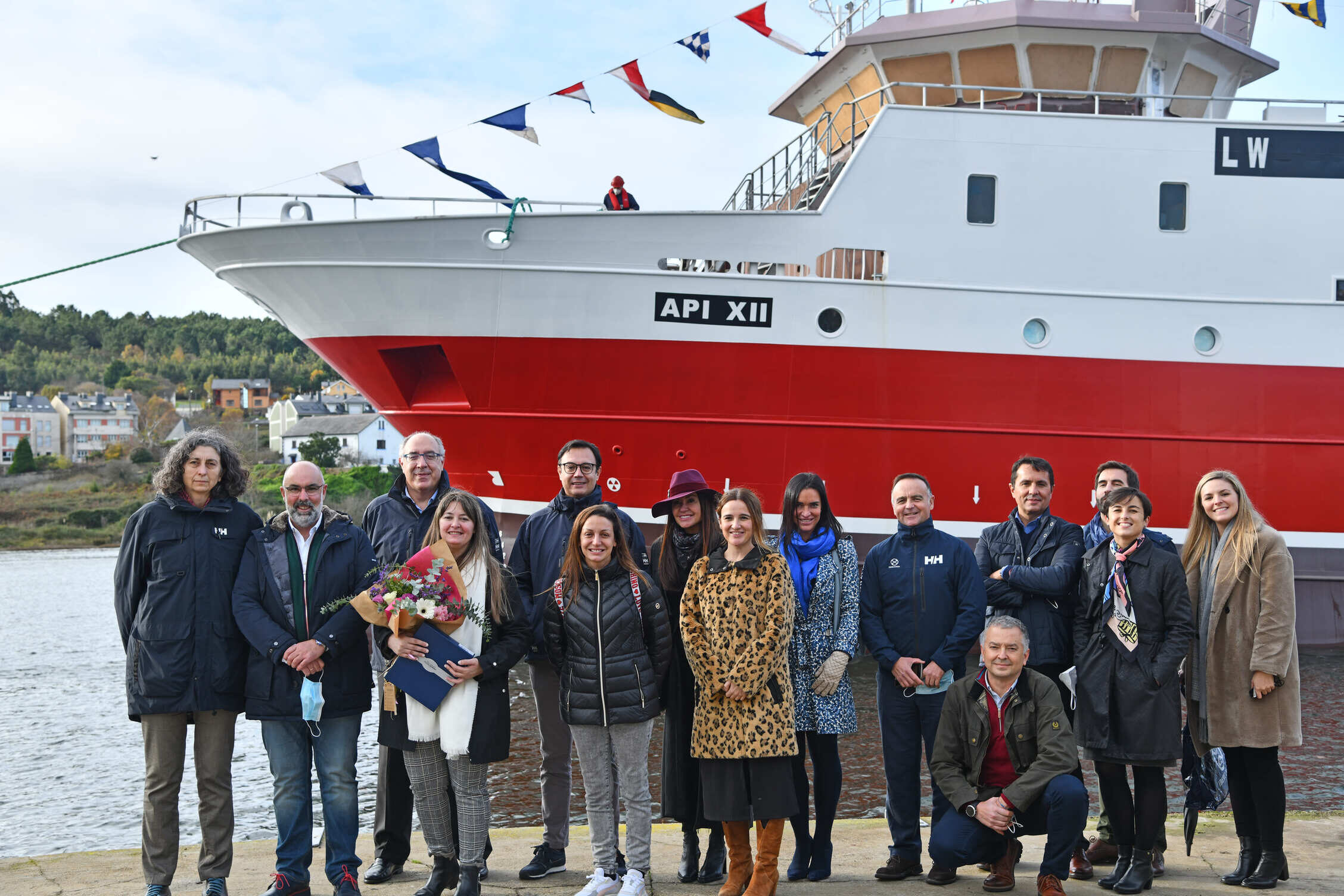 The Argentinian fishing company, Pesquera Santa Cruz, owned by the Iberconsa Group, launched a new vessel, the API XII in December 2021, under the patronage of its godmother Romina Tamagnini.

The new vessel is a freezer trawler of 36.50 metres in length, with accommodation for a crew of 30 people and a fishing capacity of 190 tonnes. It incorporates the most innovative technology and has been built by correcting previous mistakes to ensure higher productivity of the vessel.

Like its twin sisters, the API XII has been built by Astilleros Armón as part of a fleet renewal project that began in 2019. The company is replacing fishing vessels that have been in operation since the 1980s and 1990s with more efficient and safer ones.

Some improvements have been made to the vessel compared to the other two trawlers. The main changes concern the general layout of the accommodation area and there are also changes to the fishing fleet.

“Thanks to the experience gained during the trawlers’ first season, it was possible to identify the necessary improvements in the layout of the factory,” explains Jose Dominguez, Iberconsa’s general manager of operations.

API XII will operate from Puerto Deseado, one of Argentina’s main red shrimp ports in the south of Santa Cruz province in Patagonia. Its twin sisters have been operating from Puerto Madryn, also in Patagonia.

In addition, it is currently present in 5 continents, being the first operator in Argentina and among the 3 most important operators in Namibia and South Africa, reaching between them a total of 123,000 tonnes of fish and seafood per year.

The Iberconsa Group thus celebrates the incorporation of this recent tanker in the hope that together with the other two sister ships it will be able to increase the company’s productivity and help it to maintain its margins.